The place is also called the Queen of the Arabian Sea. Also, the city is the financial, commercial, and industrial capital of Kerala. The location is flooded with tourists from across the globe because of its pubs, beaches, palaces, temples, and various heritage sites.
An unknown fact, one of the largest shopping malls in the country and also in Asia that is the Lulu Shopping mall, is located here. Book your cheap flights to Cochin to enjoy the beauty of the place.

Mattancherry Palace
This palace is nothing but a museum that displays the paraphernalia associated with the rajas of Kochi. One can visit the area to learn about the fantastic history of Kerala. The walls of the palace have been painted in warm colors portraying beautiful mythological murals.

Jewish Synagogue
It is the oldest active Synagogue not just in Kochi but in the Common Wealth nations. The place shared its walls with Mattancherry Palace and was built by Spanish Speaking Jews. The site is, therefore, also called Paradesi, which means foreigners.

Willington Island
It is a beautiful island that is linked to other parts of the country and also the major Kochi port. The island attracts tourists from various destinations with its lavish hotels and industrial buildings.

Veeranpuzha lake and Backwaters
This is a beautiful destination in Kochi along with the lagoons and many lakes that lie parallel to the Malabar coast. These lakes and lagoons form beautiful backwaters that attract a lot of tourists. 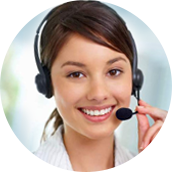