Are you planning a trip to Northeast India this summer vacation? Book international flight tickets from US to India on Airfarebooking and scroll down to find the famous tourist destinations of the culturally rich state of India, Assam. Rich wildlife, unique culture, pristine waterfalls, and natural beauty capture everyone’s heart who visit Assam for a revitalizing travel experience but the hidden gems of Assams are its historical monuments.

Assam’s history dates back to the 10th Century with many prominent rulers like the Ahoms who ruled here in the 13th Century and countered attacks from both the Delhi-based Islamic rulers and the Chinese Army. Now, present-day Assam is home to many historical monuments attracting curious travelers and history buffs from around the globe and especially from major nations like the USA, Canada, and Australia.

Scroll to find the must-visit places in Assam. 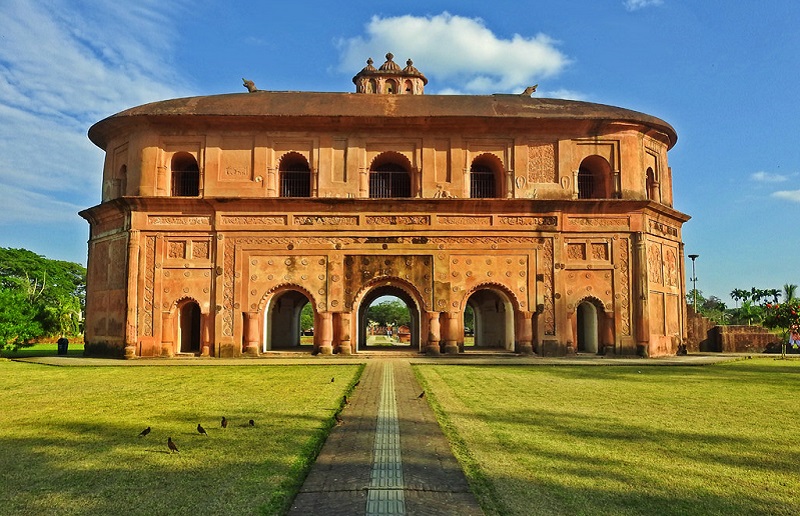 Rang Ghar is one of the oldest amphitheaters in Asia and is nicknamed the ‘Colosseum of the East ’. It dates back to 1746 AD and was built under the Ahoms rule in Assam and is an important reflection of the grandeur and architectural prominence of the past. Rang Ghar means ‘House of Entertainment’ and it was a two-story building that was used as the royal sports pavilion for entertainment purposes of the Royalty during special events like the Rongalui Bihu Festival. There are 35 noticeable cracks on the walls, a result of frequent earthquakes in the region that do not devalue the place and its splendor makes it a must-visit location. 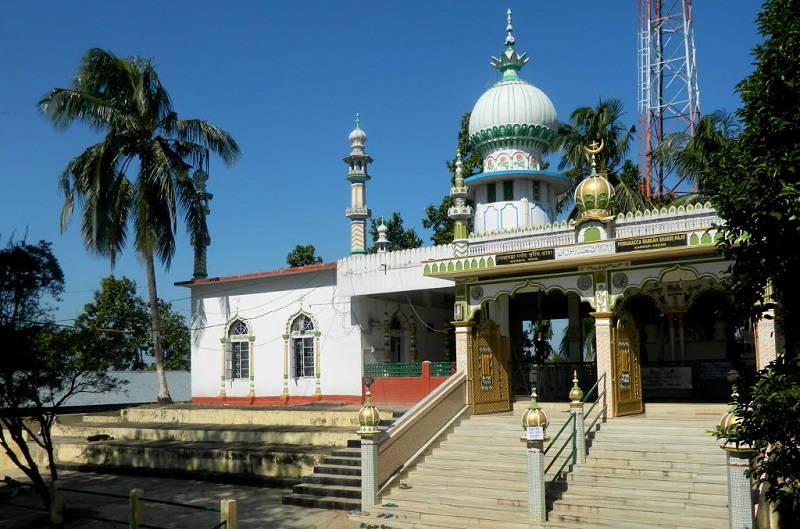 With many legends attached to it, Hajo Powa Mecca is a holy place that will calm your heart when visiting here. One legend says that the soil from the holy Mecca was brought here and laid in the foundation of the fountain here. Another legend closely relates with the name Hoja Powa Mecca means one-quarter of Mecca, and many devotees visit here with the belief that they will be receiving one-fourth of the god’s grace. This mosque was constructed under the rule of Shah Jahan in 1657 by Mir Lutufullah-i-Shiraji and is home to the tomb of Pir Giasuddin Auliya, a famous pioneer of Islam. 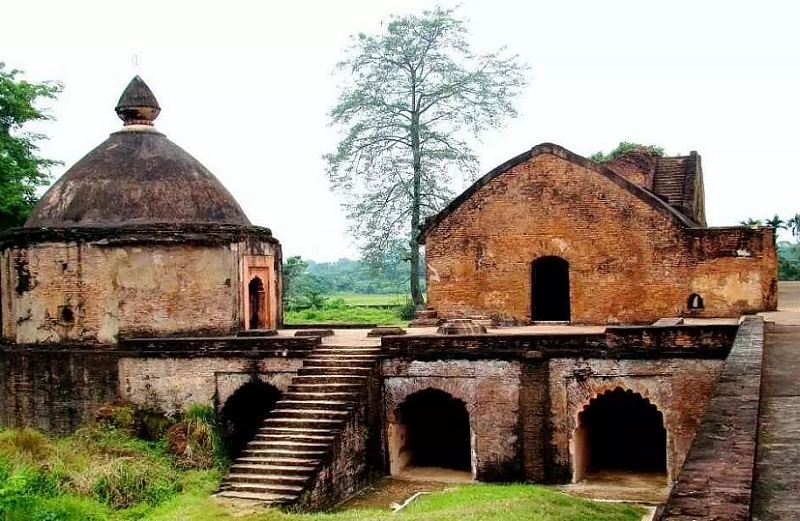 Talatal Ghar is also known as Kareng Ghar and is a testament to Assamese culture. Are you an architecture lover? Then Talatal Ghar is the place for you to visit. As one of the top historical monuments in Assam and the largest building of the Ahom monuments, it is worth visiting here. It was built between 1751 AD and 1769 AD. It was the residence of Assam’s Royalty and has underground floors with hidden tunnels for emergency evacuation of the King and the army in a crisis. The most notable structure about this monument is how it is built with organic materials.

Are you getting restless and can’t wait to travel to India? Grab travel deals and holiday packages on Airfarebooking when you book last minute flight tickets to India for a quick weekend getaway trip from the USA. The last two destinations are a must add to your bucket list if not already there. Have a look at these places. 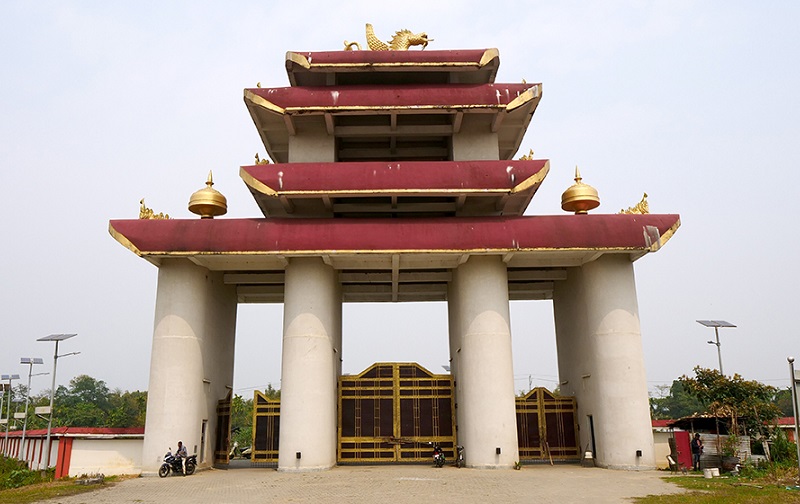 Located near 15 km from Jorhat in Assam, Ladai Garh is a noticeable fortified structure and one of the most important historical places and monuments of Assam. King Pratap Sinha constructed the Ladai Garh intending to protect its nation from the neighboring countries. It consists of three parts, one of which Mera Garh is at Maujli. You can visit other famous places near Jorhat also like the Hollongapar Gibbon Wildlife Sanctuary, Cinnamora Tea Estate, and the Nimati Ghat. 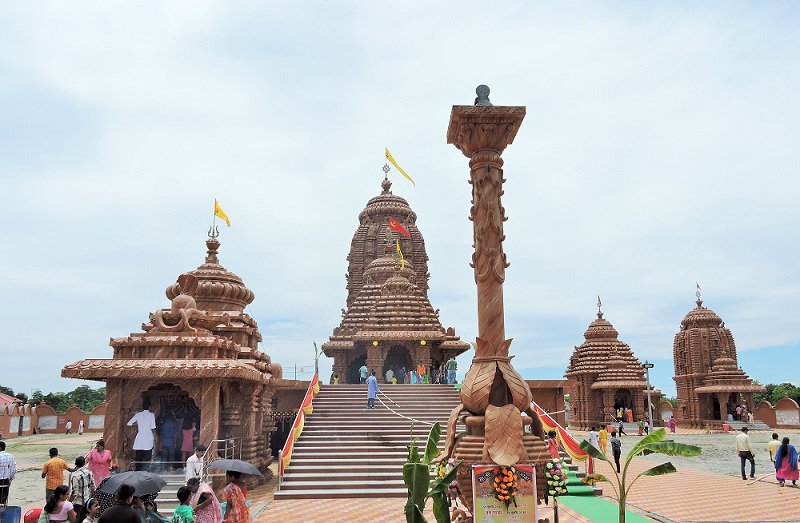 Sankardeva established Satras in Assam that are similar to monasteries in their structure and later his followers followed the same. Enjoy the unique and rich Assamese culture when you visit the Satras. You can witness the many art forms that are being nourished here like the Satriyaa Art and see the practice of Bhagwatee Baishnav here. There are two Satras in Darang, Khatara Satra (located 22kms from Mangaldai in Dilipa) and Dihing Satra (located Mangaldai in Kurua).

Airfarebooking brought you the list of the top five historical places and monuments in Assam. We wish for you to have a safe journey with an awesome experience. For cheap flight tickets from US to India, visit our website and grab the best-in-industry travel deals and discount offers on booking flight tickets online.

Also Read: 7 Mesmerising destinations for a vacation like never before in Sikkim

5 Reasons to Travel to Delhi This Republic Day

Connecting Flights – Everything You Should Know!

7 Mesmerising destinations for a vacation like never before in Sikkim

ABOUT US
The prices are for a round trip or as mentioned on the website. Fuel surcharges, airfarebooking service free and other taxes are inclusive in the fares. To avail the best prices, we would recommend you to book 21 days prior to your trip. All the fares mentioned in the website are historic and can be changed any time, even at the time of booking.
Contact us: info@airfarebooking.com
© Copyright 2018 Airfarebooking | All rights reserved
MORE STORIES

The Sublime Travel Experiences of Top Places in Kanyakumari