Literary tourism has been gaining a lot of traction lately. The art of writing has proved compelling enough to induce wanderlust amongst the readers.

Literary festivals are well-known to encourage fans to travel. However, recently, a new generation of travelers has emerged. Those that decide their travel destination based on mentions in fiction, and other novels.

Also, there are thousands of exotic locations that authors and writers have magically tried to capture in words. One such destination in India.

India’s film industry is partly responsible for making it especially popular amongst fiction fans. Bollywood’s movie adaptations of books are internationally renowned. Undoubtedly, since it is the world’s most prolific and largest movie industry.

Here are 8 fantastic reads that will force you to book flights to India: 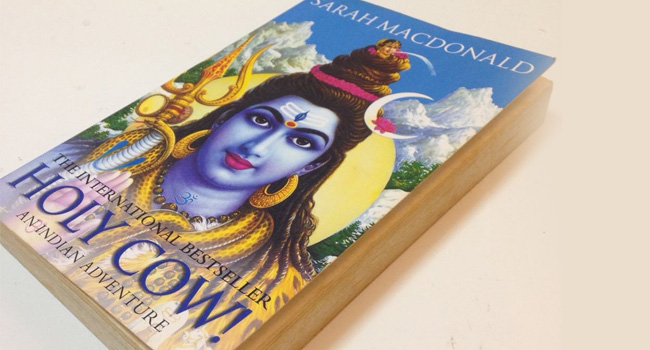 The book starts with an Australian woman describing her culture shock as she travels to India. One odd incident, in particular, makes her hate the country. As she is exiting the place, she meets a janitor who predicts her future, stating that she will return.

The prophecy turns true as she falls in love with a man whose job requires them to move back to the country. However, this time, she finds the soul within the colorful chaos.

Let’s leave it there. Give it a read to know more. It is worth it! A very dry, sarcastic, and almost mocking sense of humor sets the tone. 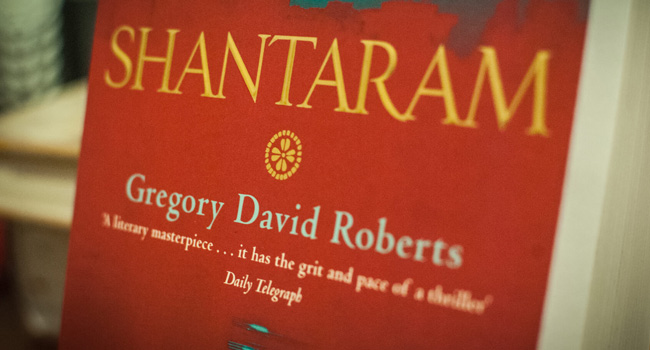 The author’s own life inspires this extraordinary tale. The story follows a fugitive that escapes to Mumbai and gets involved with the underworld. The dark stories are interspersed with humor. Fascinating storytelling will make you fall in love with India.

Shantaram touches many philosophical questions. It follows a man through his adventures and struggles. It is a lengthy book. However, it has some useful takeaways.

And, it will make you want to catch flights to Mumbai. Despite the downside, the book does not fail to depict the positive side of India. 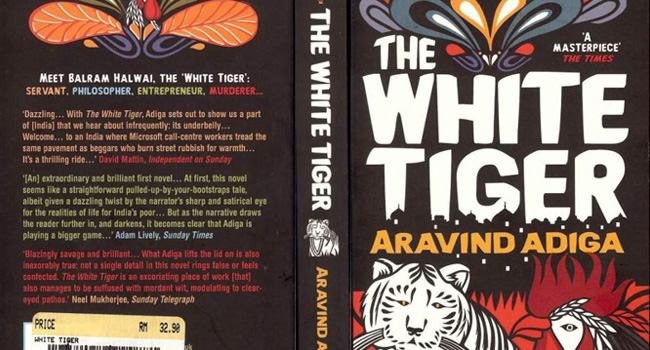 The White Tiger is perhaps one of the finest descriptions of intricacies behind a nation’s progress. The book is set in a modern-day India that is undergoing an economic and industrial boom.

The book is narrated through the letters between the narrator Balram Halwai and Wen Jiabao, Premier of China.

The story follows the narrator’s rise from poverty to a top-notch entrepreneur based in Bangalore. It reveals the complexities such moral corruption resulting from the misuse of power, and other intriguing topics surrounding incredible India.

The articulate accounts take the reader on a flight to Bangalore. It also gives you the narrator’s exciting take on the Indian capital, Delhi.

4. The Art Of Living- William Hart 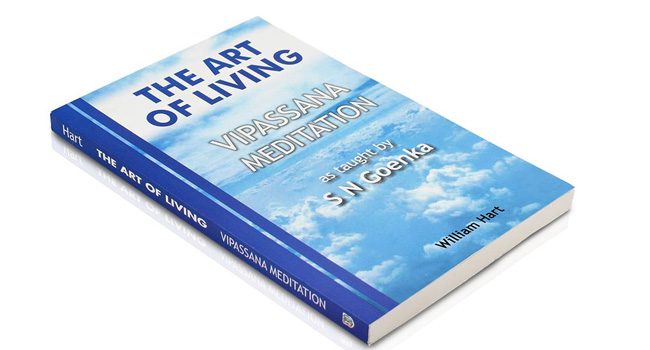 This book is a backpacker-favorite; it will also attract people that seek spirituality through yoga and meditation. The book focuses on the Buddhist meditation technique called ‘Vipassana.’

The book curates the teachings of S.N. Goenka, a Burmese national that moved to India in the year 1969 and introduced the technique. However, ‘Vipassana,’ which translates to seeing things as they are, is amongst the oldest forms of Indian meditation.

Moreover, you will come across various insights about happiness, liberation, and the happiness of liberation. Be careful, though; the book is known to cause readers to book last minute flight tickets to India.

It will also assist you to familiarize yourself with Buddhism in India. Your experience of North Indian monasteries is sure to enhance. 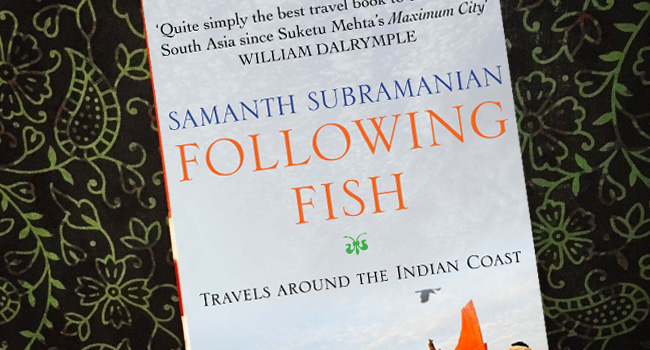 The Indian coastline is as diverse as vast. Geographically as well as culturally, India is amongst the most diverse country. It is brimming with different languages, lifestyles, and beliefs coexisting in harmony.

Such is the book following fish. There is so much packed in a single book — food, travel, heritage, and of course, culture.

It will appeal to readers, travelers, and food lovers, especially the sea-food addicts, as the title suggests. As you read on, the next thing you know, you are looking for flights to Chennai! The narration is gripping yet straightforward.

It is almost a travelogue with sea-food and the Indian fishing communities at its core. 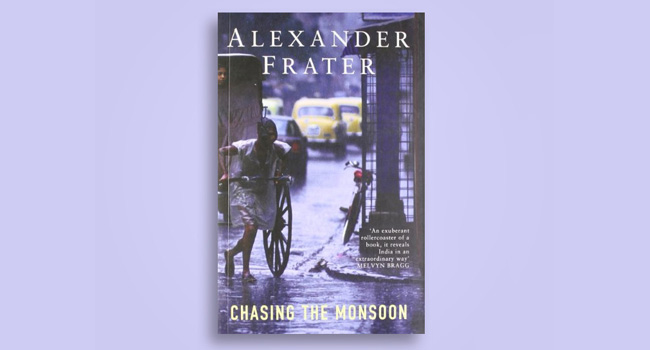 What better country than India to write about monsoon. The book takes you on a bittersweet journey from Trivandrum to Cherrapunji, the wettest place on earth.

The touching tale captures the hardships and blessings that monsoon brings into the lives of the locals. It is full of humor, tragedies, and the human will to keep moving on against all the odds.

The narrator’s inclination towards the people he meets is encouraged by their resilience to lose.

India’s geographical diversity has resulted in extreme differences in climatic conditions across the country. Hence, India has numerous spectacular monsoon destinations such as Coorg, Alleppey, and Shillong. Another great idea is to book flights to Bangalore before monsoon kicks in and the airfare soars.

7. City of Djinns: A Year in Delhi- William Dalrymple 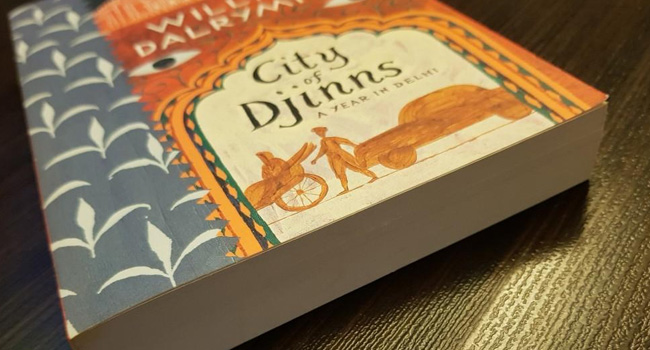 The City of Djinns is a must-read. After spending six years in New Delhi, Willliam wrote this novel-like travelogue. It is filled with intriguing memoirs. The book also touches some of the darker times that the historical city of Delhi has faced.

Key facts and interesting details about India make this book informative as well. No matter how much you know about the city, the book’s ironic and superb narration will show you Delhi in a new light.

Further, the new-age ‘New’ Delhi is a glimpse of India. People from very different backgrounds make up this Union Territory. It is a mesmerizing blend of modernity and well-preserved traditions. 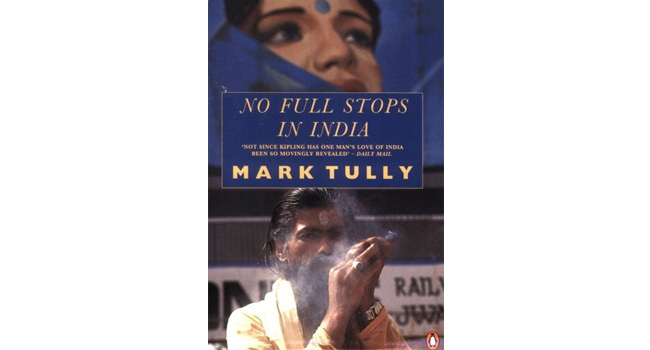 No Full Stops in India is a compilation of ten essays. Like Chasing the Monsoon, this book narrates several tragedies that test the undying spirit of the Indian population. The essence of the book centers on catastrophes aimed at putting a full stop to a nation that won’t give up.

The author was born in Kolkata and spent decades in the country. He is familiar with the soul of the nation. This is exactly why it is still relevant even though the book is set in the 1980s.

A highlight of the book is the description of the spiritual festival, Kumbh Mela. It is the largest human congregation in the world.

There are so many of them written about India that it is impossible to compile each one of them. Have you read all the books on the list? Don’t worry if you haven’t. You may come across some of them at the airport bookstores.

There is a book for all moods, and traveling is definitely amongst the favorites. There are very few combinations as worthwhile as cheap last minute flights and an enriching book.

Book Flights to India for Making your Christmas Vacation Memorable

Air India Baggage Allowance – All You Need to Know

Tips to Travel Environment-Friendly to India

Book Flights to India for Making your Christmas Vacation Memorable

9 Best Indian Neighborhoods for Every Traveler

12 Spectacular Rock-Cut Shrines for Your Next Visit to India

ABOUT US
The prices are for a round trip or as mentioned on the website. Fuel surcharges, airfarebooking service free and other taxes are inclusive in the fares. To avail the best prices, we would recommend you to book 21 days prior to your trip. All the fares mentioned in the website are historic and can be changed any time, even at the time of booking.
Contact us: [email protected]
© Copyright 2018 Airfarebooking | All rights reserved
MORE STORIES