National holidays and national holidays are celebrated with patriotism and great vigor everywhere. In India, the nation known for its festivals, the significance of national days like Republic Day is of utmost importance to people and is celebrated with great pomp and show. The Republic Day parade on the Rajpath is one of the many things to look towards as 26th January approaches near.

The tricolors of the Indian National Flag can be seen on the streets, shops, homes, and offices as people immerse themselves in the feeling of being one with the nation. Get international flight tickets from US to India on Airfarebooking.com and pack your bags to enjoy Republic Day. Each year, many events take place in the national capital on or before 26th January that are watched by thousands of nationals and international visitors from India and around the globe.

Are you wondering what to do this R Day? Airfarebooking brings you the list of things to do and look forward to while joyously humming the National Anthem, “Jan Gan Man ”. Though the COVID situation is still alarming, feel free to get excited and plan your travels as you scroll down to see the events waiting ahead. 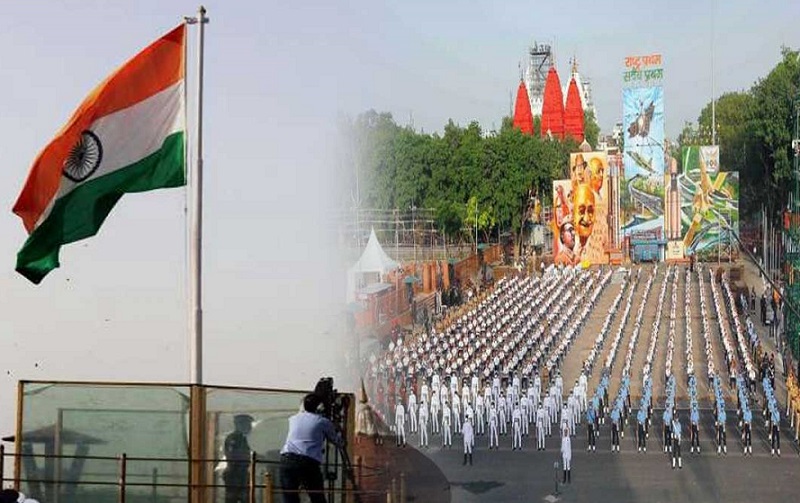 As the year 2022-23 marks the beginning of the Platinum Jubilee of India’s Independence from the British, new colors will be added to the celebrations with projects and activities under the theme, “Azadi ka Amrit Mahotsav”. Winners of the Vande Bharat Nritya Mahotsav, the competition hosted under the ‘Azadi ka Amrit Mahotsav’ theme and banner, will be performing on the Rajpath. 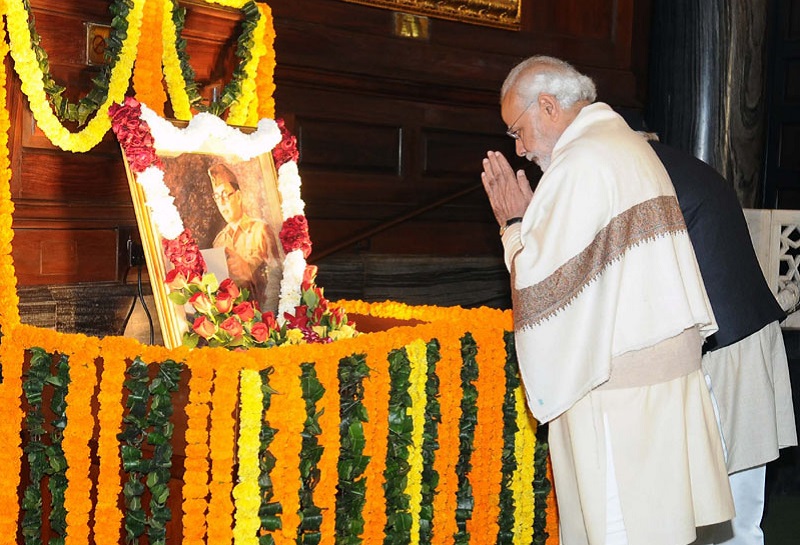 The government has decided to include Subash Chandra Bose’s birthday, which falls on 23rd January, in the Republic Day celebrations starting this year. PM Modi declared January 23 as the ‘Parakram Divas’ in honor of Netaji’s leadership in the Freedom Struggle. This year also marks 125 years of Netaji’s birth anniversary making it more special. 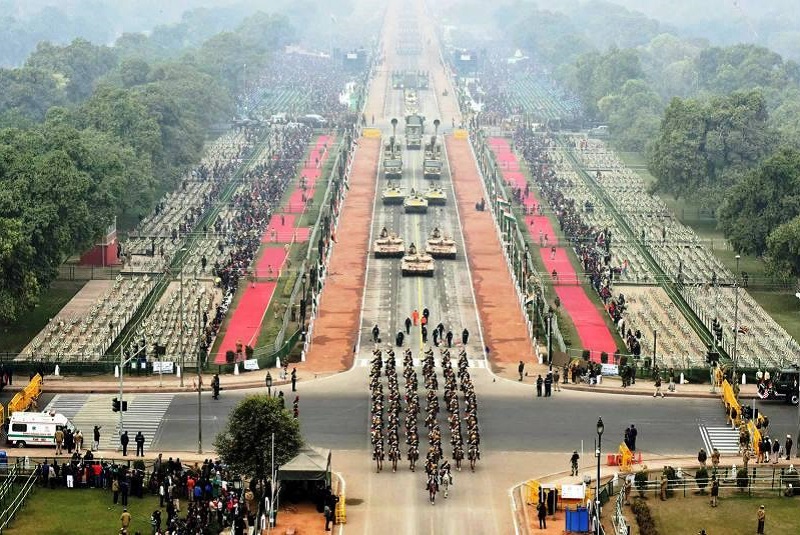 The Ministry of Housing and Urban Affairs has confirmed that the final works on the Rajpath are progressing fast. The Rajpath stretches from the India Gate to Rashtrapati Bhavan and hosts the Republic Day Parade each year. The new Rajpath will have increased width of walkways, bridges over water canals, tree-covers with improved landscapes, toilet facilities, and more.

Getting excited to see the Parade in person? Book flight tickets from US to New Delhi hassle-free on Airfarebooking and get flight tickets at affordable rates for your last-minute travel. 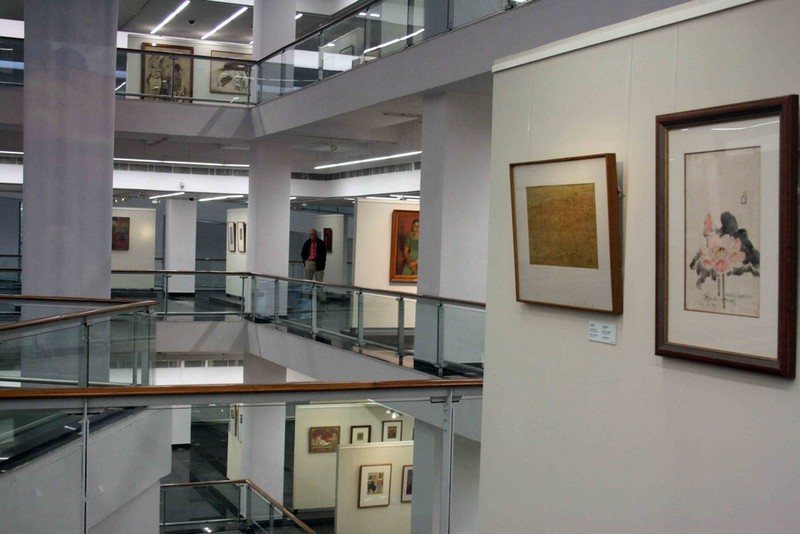 This is one of the most important things to look forward to as the National Gallery of Modern Art displays 750-meter-long scrolls depicting stories of valor in the Freedom Struggle to mark the 75 years of Indian Independence. The theme ‘Ek Bharat Sreshth Bharat’ will reflect local works and art forms like Pattachitra, Talapatra Chitra, Jadu Patua, and many more in the gigantic artwork. 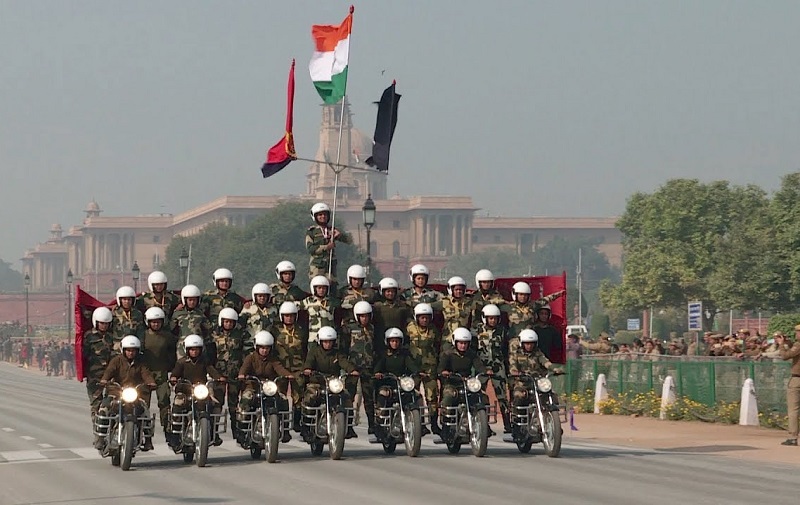 Border Security Force (BSF) women contingent will be part of the defense march past on Rajpath. The all-women biker team, ‘Seema Bhawani’ will take your hearts with their daredevil performances. According to information, more than 100 female troops across the military ranks will be taking part in performances this year.

Whether you travel for personal reasons or for business plans, let Airfarebooking book flights for you conveniently. Get international flights to India, business class tickets to India, and more at affordable rates with the best-in-class services for an eventful and memorable time in India.

Also Read: Epic adventures to experience on your Rajasthan Tour

Spend Your Summer Exploring These Beautiful Destinations of India

Connecting Flights – Everything You Should Know!

5 Reasons to Travel to Delhi This Republic Day

The Sublime Travel Experiences of Top Places in Kanyakumari

Air India Baggage Allowance – All You Need to Know

ABOUT US
The prices are for a round trip or as mentioned on the website. Fuel surcharges, airfarebooking service free and other taxes are inclusive in the fares. To avail the best prices, we would recommend you to book 21 days prior to your trip. All the fares mentioned in the website are historic and can be changed any time, even at the time of booking.
Contact us: info@airfarebooking.com
© Copyright 2018 Airfarebooking | All rights reserved
MORE STORIES

Spend Your Summer Exploring These Beautiful Destinations of India